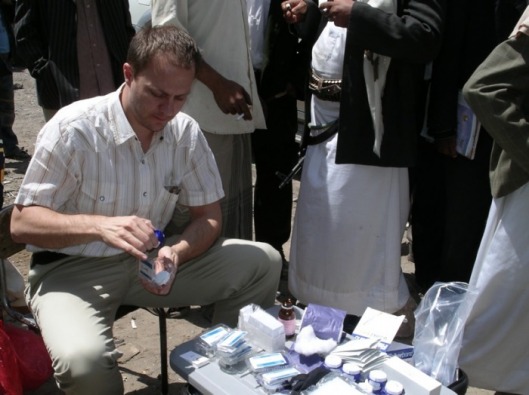 Overview of Research
My research projects are directed towards understanding the processes that created the current patterns of human and primate genetic diversity. For example, how subdivided were prehistoric human populations? How large were these populations? How has adaptation to the environmental changes brought on by the practice of agriculture changed human populations? How has climate change affected the distribution of genetic variation in primate species? How extensively do cultural practices shape the human genome? Can we detect how strictly cultural norms have historically been followed from the genome?

Office: 427 Davis Hall
Lab: 430 Davis Hall
Mailing Address
Department of Anthropology
Lehman College
250 Bedford Park Blvd. West
Bronx, NY 10468  USA
"Every gun that is made, every warship launched, every rocket fired signifies, in the final sense, a theft from those who hunger and are not fed, those who are cold and not clothed. The world in arms is not spending money alone. It is spending the sweat of laborers, the genius of its scientists, the hopes of its children....This is not a way of life at all, in any true sense. Under the cloud of threatening war, it is humanity hanging from an iron cross."  Dwight D. Eisenhower, from a speech before the American Society of Newspaper Editors, April 16, 1953